Those who want to leave the EU refuse to make the most crushing argument against it. Here’s why.

By George Monbiot, published in the Guardian 22nd June 2016

Do the Leave campaigners care about the misuse of public money? No. How do I know? Because they have scarcely mentioned the European Union’s great bonfire of banknotes. You know, the item that accounts for roughly 40% of the EU budget, or €55 billion a year, almost all of which is wasted. You don’t know? I rest my case.

I’m talking about farm subsidies. If the Brexiters have raised the subject at all, it’s only to assure recipients that these vast sums will continue to be extracted from taxpayers’ pockets if Britain leaves. Some – such as Theresa Villiers and Owen Paterson – have suggested that the great giveaway of public funds could even be increased.

The leaders of the Remain campaign are no better: George Osborne, while ripping down essential public services, has warned that if the UK votes out, this outrageous provision of unearned income might dry up. We should stay in Europe, he told the press in Northern Ireland, to ensure that brimming buckets of public money – £3bn a year in the UK – continue to be dispensed.

Farm subsidies? They would more accurately be described as land subsidies, as they are paid by the hectare. The more land you own or lease, the more public money you are given, so the richest people in Europe clean up. Oh, not just in Europe. Russian oligarchs, Saudi princes and Wall Street bankers have bought up tracts of European farmland, thus qualifying for the vast sums we shovel into their pockets. Why is no word raised against these benefit tourists?

This is arguably the most regressive distribution of public money in modern times. Taxpayers of all stations stock the wine cellars of dukes and hedge fund managers. Eighty percent of the funds are harvested by the richest 25% of recipients. The poorest farmers are excluded: you cannot claim subsidies unless you own or lease at least five hectares. A report by the European Court of Auditors reveals that the EU has no useful data on farm incomes, and therefore no knowledge of whether farm subsidies serve any social purpose.

This racket is perhaps the strongest of all arguments for leaving the European Union, but the Brexiters’ silence resounds. Among the 13 Conservative MPs who signed an open letter last week undertaking not to cut subsidies for owning or leasing land if Britain leaves the union was Iain Duncan Smith. His wife’s estate, on which he lives, receives £150,000 a year of your money, handed to them by the EU.

Remember what Mr Duncan Smith did to the poor while he was work and pensions secretary? His assault on the pittance they receive drove many to food banks, some to suicide. I struggle to imagine less deserving beneficiaries of public charity than Iain Duncan Smith and family.

Hold on – I’ve just thought of one. Paul Dacre, editor-in-chief of the Daily Mail, which rails ceaselessly against other misuses of EU funds, real or imagined, has extracted £460,000 in European subsidies since 2011. How? By owning a shooting estate in Scotland and a tract of land in Sussex. I doubt Mr Dacre knows much more about farming than the average reader of his newspaper, but you don’t have to be a farmer to receive this money; the rules say only that you must have “eligible land at your disposal”.

Whenever you see someone lamenting the “something for nothing culture” in the press, or attacking “bureaucrats, lobbyists and other jackals that scavenge for taxpayers’ money”, you could place a hefty bet that either they or people close to them are stuffing their pockets with European funds.

There’s another reason for calling these payments land subsidies: you don’t have to produce any food to receive them. Your land just has to look agricultural, which means bare. Among the “ineligible features” listed in Westminster’s version of the European rules are ponds, wide hedges, regenerating woodland, reedbeds, thriving salt marsh and trees sufficient to form a canopy. The Common Agricultural Policy is a €55bn incentive to destroy wildlife habitats and cause floods downstream.

All the good things the EU has done for nature are more than counteracted by this bureaucratic idiocy. Millions of hectares of wildlife habitat in the EU are threatened by this rule; clearance has taken place already across vast areas. Why do we hear so little about it?

I spent part of this spring in Romania, in the midst of hundreds of thousands of hectares of wood pasture: a mosaic of flowering meadows, marshes and trees. I have seldom seen such a profusion of life anywhere on earth. I watched golden orioles, hoopoes, honey buzzards, red-backed and great grey shrikes, lesser spotted eagles, black storks, yellow wagtails, roe deer, wild boar and bears. Cuckoos were so common that they flew around in flocks. All nine species of European woodpecker live in one small valley where I stayed; so do bee eaters, goshawks, corncrakes, quails, nightjars, tortoises, tree frogs, pine martens, wildcats, lynx and wolves. 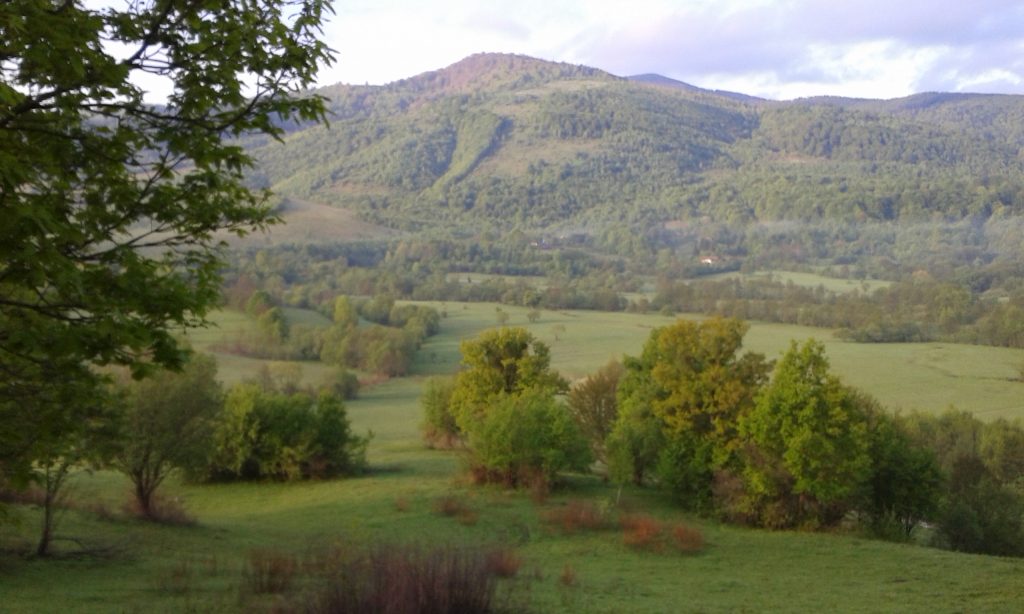 Wood pastures in the Lupului Valley, Romania. Many of the trees and other rich wildlife habitats here are classified as “ineligible features”, which need to be destroyed if farmers are to claim subsidies for the land on which they grow. 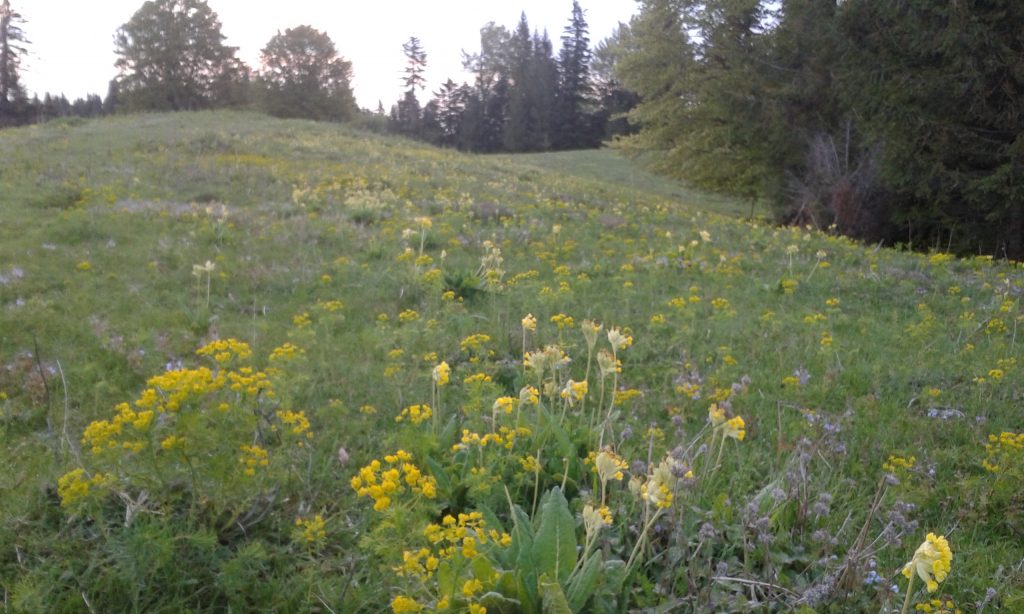 Wood pastures in Vanatori Neamt, Romania. These are also at risk from the European rules.

All this is now on the brink. Across Romania, farmers are beginning to realise that they can make money simply by cleansing the land. In eastern Transylvania I saw the heartbreaking results: the mass felling of trees and destruction of wildlife, not for any productive purpose, but just to meet the European rules. It’s the same kind of vandalism, driven by diktat and blindly enforced by bureaucrats, that the Romanians suffered under their former despot, Nicolae Ceausescu. The European subsidy rules are responsible for one of the world’s great unfolding disasters, which ranks only a little way behind the fires in Indonesia and the collapse of coral reefs. 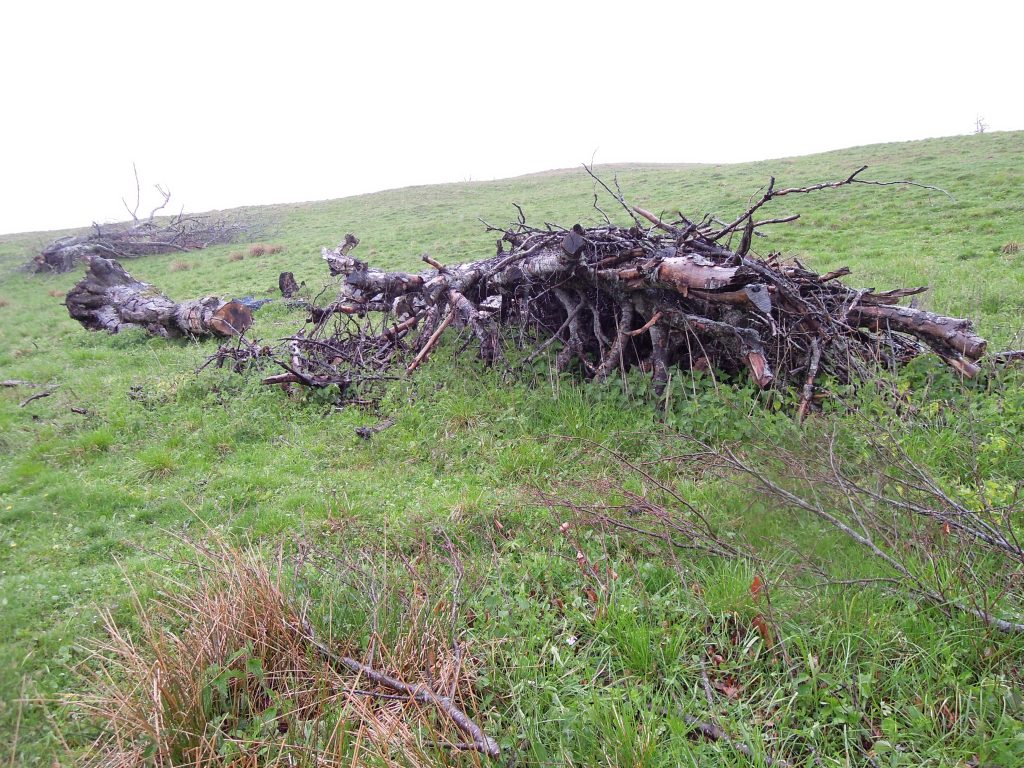 The aftermath of European land cleansing in Vrancea county, Romania. The trees and other dense vegetation have been cut to ensure that the land qualifies for farm subsidies.

It also challenges those who wish to remain. I will vote In on Thursday, as I don’t want to surrender this country to the unmolested control of people prepared to rip up every variety of public spending and public protection except those that serve their own class. But if we are to live in Remainia, we should insist on sweeping change. Daylight robbery and mass destruction: the EU is supposed to prevent them, not to deliver them.